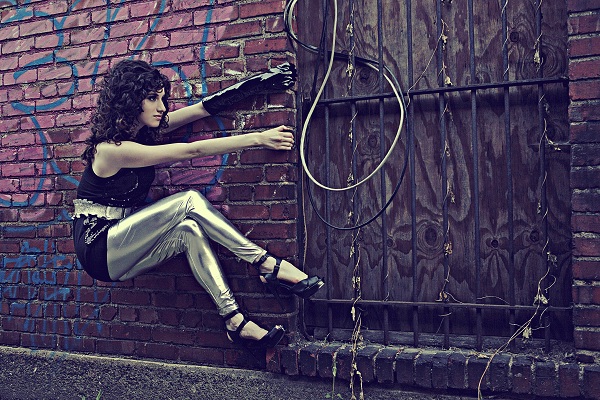 When she was four years old, Rebecca Rudolf took hold of a microphone at a party and never put it down. She has been singing, dancing and acting ever since. Sure enough, Rebecca found her lifetime passion when she was just a child.
By her teens, Rebecca felt a certainty that her destiny as a singer was inexorably linked to her strong belief in God. She felt inspired to create music that would be uplifting, as well as to encourage people to seek out God. Unable to deny the melodies and lyrics dancing around in her head, Rebecca added songwriter to her list of credits. With inspirational words flowing out of her pen, Rebecca’s music powerfully mirrors the ideal of God’s unconditional love.
Considering her early admiration for pop artists such as Christina Aguilera and Britney Spears, yet determined to maintain her individuality, Rebecca entered the pop music arena as a stirring pop artist. Rebecca was spurred on by the idea that her music should soothe the soul as well as entertain. Out of her uncanny ability to look deeply into the hearts of others came the song, “Something More.” As Rebecca explains, “I wanted to reach out to people with a more helpful, encouraging way to escape the black hole we sometimes face in life.”
Next, along came songs with titles like “Know That There Is Hope,” “Unconditional Love,” and “My Hero,” all with lyrics that awaken the emotions to a positive end. And, of course, there is “Drama King,” a song that came out of Rebecca’s own personal story of a hurtful relationship, from which she learned to move on unscathed. Whatever the song, you can be sure Rebecca’s heartfelt lyrics will touch the listener’s heart.
Rebecca’s song, “The Fine Line,” was a 2009 nominee for Pop Single of the Year at the Los Angeles Music Awards. Rebecca also had the honor of having her music included by indie labels on compilation CD’s that were distributed to all U.S. troops. Press has included a feature story on CBS3 News, a magazine cover on M1 Magazine (Brazil), and articles in places such as MSNBC Online, Philadelphia area newspapers, Skope Magazine (artist to watch), and Feeling the Vibe.
Rebecca is now an accomplished singer/songwriter, dancer/choreographer with a growing worldwide enthusiasm for her music. Known as sweet, soulful, and a little bit sassy, Rebecca’s personality is reflected in her inspirational songs. Rebecca’s music has been described as positive, powerful, and purposeful, with melodies you can’t get out of your head and lyrics that pierce the heart.

Connect with Rebecca on social media!

Link into the
Unconditional Love chain.